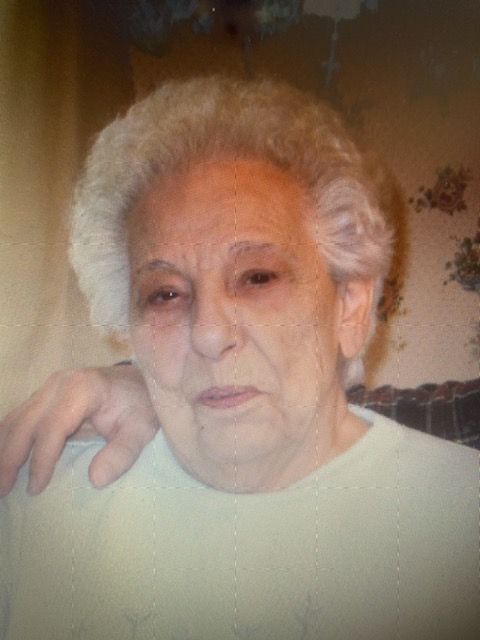 Rose M. Verno Sprando, 101, of Slovan, passed away on Sunday morning April 25, 2021 in the Washington Hospital.
She was born on August 7, 1919 in Canonsburg a daughter of the late John and Mary Stacio Verno.
Mrs. Sprando was a parishioner of Our Lady of Lourdes Roman Catholic Church of St. Isidore the Farmer Parish in Burgettstown and was an excellent cook and baker. She enjoyed knitting, sewing, gardening and maintaining her lawn.
Her husband Gene Sprando, Sr. who she married on May 11, 1947 preceded her in death on November 19, 1978.
She is survived by her two sons Gene Sprando, Jr. and wife Rose Marie of Burgettstown and Robert Sprando and wife Cynthia of Westminster, MD; her two granddaughters Katharine and Jessica Sprando; and several nieces and nephews.
The last of her immediate family, deceased in addition to her parents and husband are her two grandchildren Richard and Rebecca Sprando; and her siblings Palm Defife, Eleanor Ross and John Verno, Jr.
Services and interment in Our Lady of Lourdes Cemetery, Burgettstown will be held privately for her immediate family under the direction of the Lee & Martin Funeral Home, 73 Highland Avenue, Burgettstown, PA 15021.
www.leeandmartinfuneral.com
To order memorial trees or send flowers to the family in memory of Rose Verno Sprando, please visit our flower store.