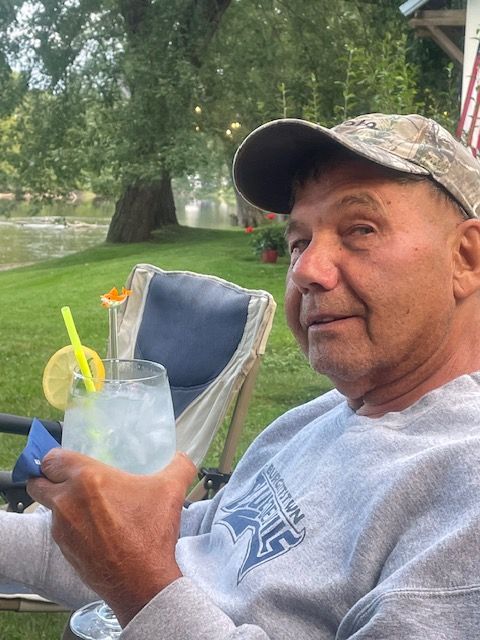 Robert J. Paniaha, 74, of Cherry Valley, passed away after a brief illness on Wednesday morning May 4, 2022 in the Canonsburg Hospital.
He was born on November 21, 1947 in Pittsburgh a son of the late John and Margaret Kvak Paniaha.
A 1965 graduate of the Union High School in Burgettstown, he enlisted in the United States Army serving from 1967-1973 during the Vietnam War and was honorably discharged a recipient of the National Defense Service and Vietnam Service Medals.
Mr. Paniaha retired from Weirton Steel and was an avid outdoorsman. He enjoyed hunting, fishing, gardening, sitting on his porch, going to The Meadows with his friends and most of all spending time with his grandchildren.
He is survived by his two children Michele Nix and husband Shawn of Cherry Valley and Robert J. Paniaha, Jr. and wife Heidi of Johnstown; grandchildren Isabella and Ryder Nix and Tyler, Devon and Raine Morder; his sister Kathy Schembechler of North Carolina and several nieces and nephews.
Deceased in addition to his parents is his brother William G. Paniaha.
To honor Mr. Paniaha's wishes, services and inurnment in the National Cemetery of the Alleghenies, Bridgeville will be held privately for his family.
Memorial donations may be made in his memory to the Dave Thomas Foundation for Adoption, 4900 Tuttle Crossing Blvd., Dublin, OH 43016. www.davethomasfoundation.org.
Arrangements are under the direction of the Lee & Martin Funeral Home, 73 Highland Avenue Burgettstown, PA 15021.
www.leeandmartinfuneral.com
To order memorial trees or send flowers to the family in memory of Robert J. Paniaha, please visit our flower store.

National Cemetery of the Alleghenies