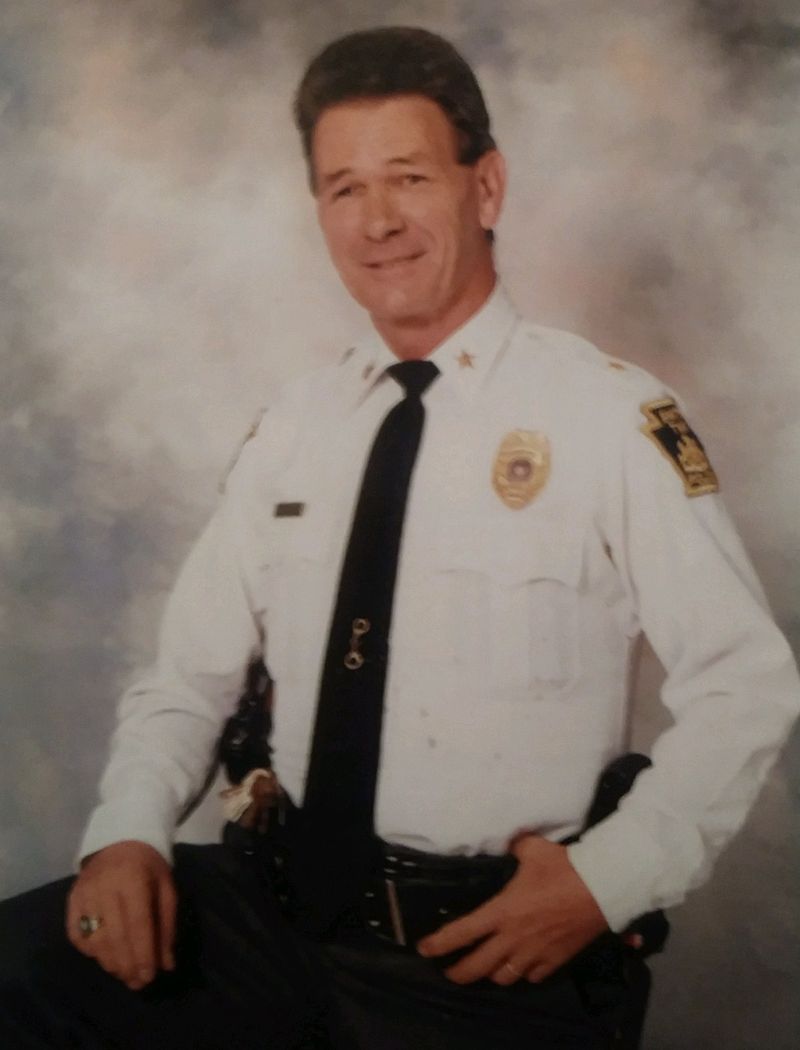 Retired Smith Township Police Chief Robert W. King, 80, of Burgettstown; Jefferson Twp., passed away on Friday, November 27, 2020 in UPMC Presbyterian Hospital, Pittsburgh.
He was born on June 23, 1940 a son of the late Robert and Mabel Angelia Rossi King.
A 1958 graduate of Avella High School, he enlisted in the Pennsylvania National Guard serving for 9 years.
A 50 year gold card member of the Laborers Local 809, he retired from LIUNA.
Chief King's distinguished law enforcement career began as a PA State Constable in Jefferson Township before starting as a police officer for Midway Boro. He then served as a patrolman and sergeant of Smith Township Police Department before becoming Chief of Police for the Department retiring in 2005. He had the honor of presenting his grandson Jared his badge while being sworn in as a Pennsylvania State Trooper.
He was a 32 Degree member of the Centennial Lodge #544 F&AM in Carnegie and the Fraternal Order of Police. He enjoyed old car shows and his two antique cars which won several trophies. He also enjoyed talking with people, his toy poodle LuLu and most of all spending time with his family.
He is survived by his wife Kathryn V. George King who he married on October 23, 1958; his children Robert W. King, Jr. and wife Julie of Bulger, Stephen A. King and wife Beth of Burgettstown and Jodi Lynn Smitsky of Avella; his six grandchildren Stephen A. King, Jr. and wife Lindsey, PSP Trooper Jared R. King and wife Britanni, Nathan King, Jena M. Boff and husband Patrick, Katie Smitsky and Logan Smitsky; two great grandchildren Conner Allen and Isabella Nicole King; brothers John W. King and wife Linda of Mt. Dora, FL and Charles Richard King and wife Becky of Washington; his sister Nancy Ferrar of Washington; and several nieces and nephews.
Deceased in addition to his parents is his son William Brian King who died in infancy.
Due to the Covid-19 Pandemic, services and interment in the West Alexander Cemetery will be held privately for his immediate family. Those wishing to remember him in a special way can make a memorial donation in his memory to the Shriners Hospital for Children, 2900 Rocky Point Drive, Tampa, FL 33607 www.shrinershospitalsforchildren.org and/or St. Jude Children's Research Hospital, 501 St. Jude Place, Memphis, TN 38105-9959 www.stjude.org
Arrangements are under the direction of the Lee & Martin Funeral Home, 73 Highland Avenue, Burgettstown, PA 15021. www.leeandmartinfuneral.com
To order memorial trees or send flowers to the family in memory of Robert King, please visit our flower store.