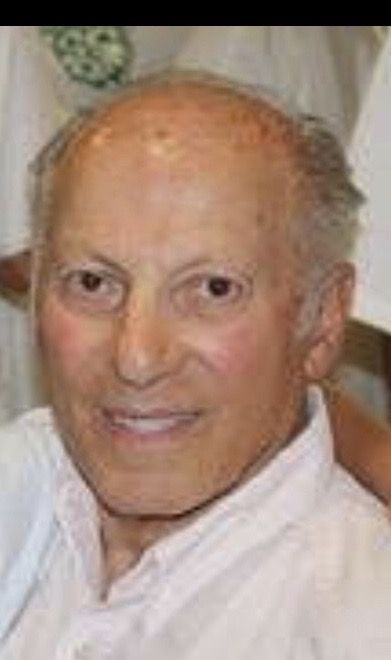 Robert (Bob/Burg) Bongiorni, age 89, passed away on Monday December 13th 2021. Born November 27th, 1932, in Slovan, he was the son of Eugene and Julia (Patterson) Bongiorni. He is preceded in death by his parents, brothers Gene (Jigsy), Richard (Ducky) and sister Brenda. Left to cherish his memory is his beloved wife of 66 years, Patricia (Cline) Bongiorni, his children whom he adored: Diane Bongiorni of Bridgeville, Bob Jr. (Karen) Bongiorni of Elizabeth, Lee (Joyce) Bongiorni of Burgettstown, and Donna (Robb) Gedrys of Cecil and 7 grandchildren who were the light of his life: Joseph Longin (Chrystal), Lee Bongiorni II, Christin Bongiorni, Dante Bongiorni, Alex, Drew, and Anthony (AJ) Gedrys. 4 great grand children, Austin & Abigail Longin, Arianna and Allison Bongiorni. He is also survived by his treasured sister, Maculette "Macky" Walters of Burgettstown, along with many relatives, friends and neighbors. Bob met the love of his life, Patty Cline in 1953. Their love endured through his years in the Army, and they married in 1955. They were devoted to each other until the end. Bob began a long, hardworking, and productive career in his teenage years, starting at his uncle's packing house in Hickory. Bob attained the rank of Corporal with the US Army, serving overseas as a logistics coordinator at the Yokohama Supply Depot in Japan from 1953-55. He thoroughly enjoyed his years in the service, and was particularly fond of all of his Army buddies and the time that he spent in Japan. Following his return and the start of his family, he started his own business cleaning septic tanks and later was a salesman and driver for Testa Machine Co. of Slovan. Through his many years of service with Testa's, Bob made many friends, was highly respected in the coal mining industry and was known for his charm, attention to detail, and timely service to his customers. As a testament to his passion for his work, he did not retire and turn in his favorite Ford F-450 until the age of 80. His contagious smile, laugh, and sense of humor earned him a special place in the hearts of many. Whenever out and about with their dad or grandfather, Bob's children and grandchildren were always amazed at how many people he knew and how much he was loved everywhere he went. There was always music in the house. He loved listening to his and Patty's favorite songs on the radio, whistling his favorite tunes, and playing his trumpet. He was naturally the center of attention, especially on stage playing his trumpet with The Outfit or singing everybody's favorite rendition of Achy Breaky Heart, he was the life of the party, the first to crack a joke, and brought joy and happiness to many.
To honor Bob's wishes, services and burial with Military Honors in the Fairview Cemetery, Burgettstown will be held privately for his immediate family. Family and friends are welcome to a Celebration of his Life and Luncheon at 2:00 p.m. on Sunday, December 19,2021 at the Slovan V.F.W., 65 Run Street, Slovan, PA 15078.
In lieu of flowers, memorial donations may be made in his memory to St. Jude Children's Research Hospital, 262 Danny Thomas Place, Memphis, TN 38105 www.stjude.org
Arrangements are in the care of Lee & Martin Funeral Home, 73 Highland Avenue, Burgettstown, PA 15021
www.leeandmartinfuneral.com
To order memorial trees or send flowers to the family in memory of Robert Bongiorni, please visit our flower store.