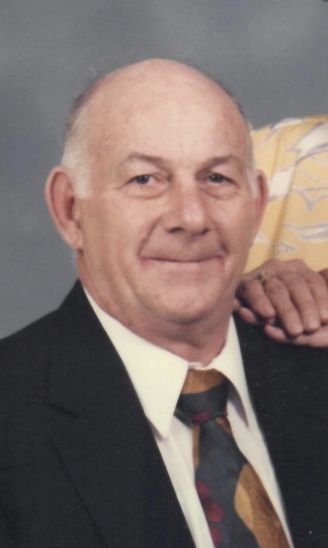 Richard E. Warner
Owner of Warner's Meats
Richard Everett Warner, 87, of Cherry Valley passed awayThursday, November 25, 2021, at Transitions Healthcare in Washington.
He was born August 3, 1934, in Berne, OH, the son of Fred Bede and Marcella Elizabeth Kuhn Warner. He was the owner/operator of Warner's Meats in Cherry Valley for 35 years.
Richard was an avid hunter; enjoyed raising livestock and attending antique and livestock auctions. He was a member of the former St. Ann Catholic Church, Bulger, now known as St. Isidore the Farmer. On August 21, 1953, he married Nancy Ann Heiney in St. Henry's Catholic Church in Harriettsville, OH, who proceeded him in death after 58 years of marriage.
He was a graduate of the American Meat Packing Institute and moved from Bear Creek, OH to PA in 1968, to work for LukonMeats, in Burgettstown, before opening his own market in Cherry Valley in the 1970s, from which he retired in 2007.
Surviving are seven children, Jeff (Doreen) Warner of Cross Creek, Jeannette Richardson of Imperial, Brenda Blanchard of Cherry Valley, Linda Warner (Julie) of Chandler, AZ, Pauline Skarupa of Cherry Valley, Rachel (Tom) Welsh of Cross Creek and Felicia Butts of Cross Creek; 2 sisters Mary Shockling and Ruth Decker both of Ohio; 22 grandchildren and 15 great-grandchildren.
Deceased, in addition to his wife, is daughter, Christine Welch of Buffalo, TX, one brother, Fred and five sisters, Regina, Evelyn, Maxine, Grace, and Betty all of Ohio; one son-in-law, Michael Skarupa and an adopted son, Donald Tustin.
There will be no public viewing and private funeral services will be held on Sunday, November 28, under the direction of Lee & Martin Funeral Home, 73 Highland Ave., Burgettstown, PA.
In lieu of flowers, the family requests memorial contributions be made to Cedar Grove Park, 28 Clark Avenue, Avella PA 15312www.crosscreektwp.org or Alzheimer's Association, 225 N. Michigan Ave., Floor17, Chicago IL60601www.act.alz.org/donate
www.leeandmartinfuneral.com
To order memorial trees or send flowers to the family in memory of Richard E. Warner, please visit our flower store.