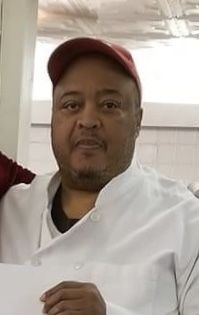 Richard Lynn Walden, 66, passed away unexpectedly of a cardiac releated issue on Wednesday October 20, 2021 in the Washington Hopsital.
Also known as "Chef Rick" or "Dumpy", Richard was born and raised in Burgettstown. After graduating from Union High School in 1973 and attending Indiana University of Pennsylvania (IUP) until 1975, Richard worked at J&L Steel until 1982. He then attended the Pennsylvania Institue of Culinary Arts in Pittsburgh. Upon graduation, he relocated to Fort Myers, FL, working at Sun Dial Beach and Tennis Resort on Sanibel Island.
After returning to Burgettstown in 1993, Richard and his brother Henry joined together to form "It's a Secret" cheesecake company. During that time, Richard worked at Burgetstown restaurants Bergs and Bad Dogs. In 2011, Richard and his sister Penny opened Walden's Restaurant.
In addition to cooking, Richard loved music and mentoring others. While in school, he was a member of the band, chorus, and the church choir. And in his later years, he LOVED to sing at Karaoke. He was an active member of the Big Brothers and Sisters program while attending IUP and living in Florida.
Richard is survived by his siblings, Charles Jr. (Marcella) of Burgettstown, Phyllis "Penny" of Burgettstown, William (Heather) of Columbus, OH, Kelly Walden-Davis of Los Angeles, CA, Melissa Davis of Burgettstown, his nephews, Robert Walden (Sarah DeFino) and Jarod Davis, his nieces Brianna, Jordan, and Isabella Davis, and great niece Rowan Alice Walden. In addition to this, Richard leaves behind an extended family through relationships that he developed in the community, but especially from cooking at the family's restaurant and other restaurants he worked in.
Friends will be received from 2:00 p.m until the time of a Memorial Service officiated by Rev. Cinda Isler at 4:00 p.m on Saturday October 23, 2021 in the Lee & Martin Funeral Home, 73 Highland Avenue, Burgettstown, PA 15021.
Those wishing to remember Rick in a special way can make a memorial donation in his memory to Big Brothers Big Sisters.
www.leeandmartinfuneral.com
To order memorial trees or send flowers to the family in memory of Richard L. Walden, please visit our flower store.