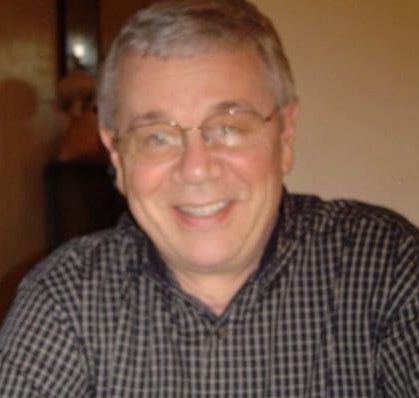 Regis Samuel Fechter, Jr., 79, of Slovan, passed away on Friday evening January 28, 2022 in The Donnell House, Washington.
He was born on Christmas Day in 1942 the oldest son of Regis S. Fechter, Sr. and Dorothy Doran Fechter
After graduating from the Munhall High School in 1960 he studied music education at Duquesne University earning his M.Ed. degree in School Counseling.
Mr. Fechter had a fulfilling 42 year career starting in 1964 at the Burgettstown Area School District where he was the Director of Instrumental Music from 1964-1986 and retired as an Elementary School Counselor in June of 2004. After retiring from Burgettstown he taught for an additional 2 years in the South Fayette School District retiring again in 2006. He is best known for leading countless students and generations of musicians as director of the Burgettstown Blue Devil Marching Band as well as teaching private music lessons. A strong believer in music education he was a member of several state and local music education associations and civic organizations.
"Life without music is no life at all" was his favorite quote. He could play nearly any instrument and played the tenor saxophone for over 20 years at countless venues, parties and weddings with the VanDels.
He was a parishioner of Our Lady of Lourdes Church in Burgettstown where he was an active and functional member of the choir and helped with Bingo.
In his free time Regis was an avid reader and enjoyed fishing.
His beloved wife, Sandy Cooper Fechter who he married on November 24, 1966 survives.
Surviving in addition to his wife are his two loving daughters Debbie Greer and husband Matt of Monroe, GA and Diane Hockenberry and husband Jeffrey of Burgettstown; his four grandchildren Zack Greer, Samuel Hockenberry, Owen Hockenberry and Emily Hockenberry; sister-in-law Kathleen Fechter of Ohio; brother-in-law Tommy Cooper and wife Adrienne of New York; and nieces and nephews Mackenzie and Adam Cooper and niece and Goddaughter Nikki Fechter.
The last of his immediate family, he is preceded in death in addition to his parents by his brothers David, William and James Fechter
Friends will received from 4:00-8:00 p.m. on Tuesday February 1, 2022 in the Lee & Martin Funeral Home, 73 Highland Avenue, Burgettstown, PA 15021. A Mass of Christian Burial will be celebrated at 11:00 a.m. on Wednesday February 2, 2022 in Our Lady of Lourdes R.C. Church of St. Isidore the Farmer Parish, 1109 Main Street, Burgettstown with the Rev. Zachary Galiyas as celebrant. Burial will follow in the Grandview Cemetery, Florence.
Those wishing to remember Mr. Fechter in a special way can make a donation in his memory to the Burgettstown Area Scholorship Foundation.
To order memorial trees or send flowers to the family in memory of Regis Samuel Fechter, please visit our flower store.