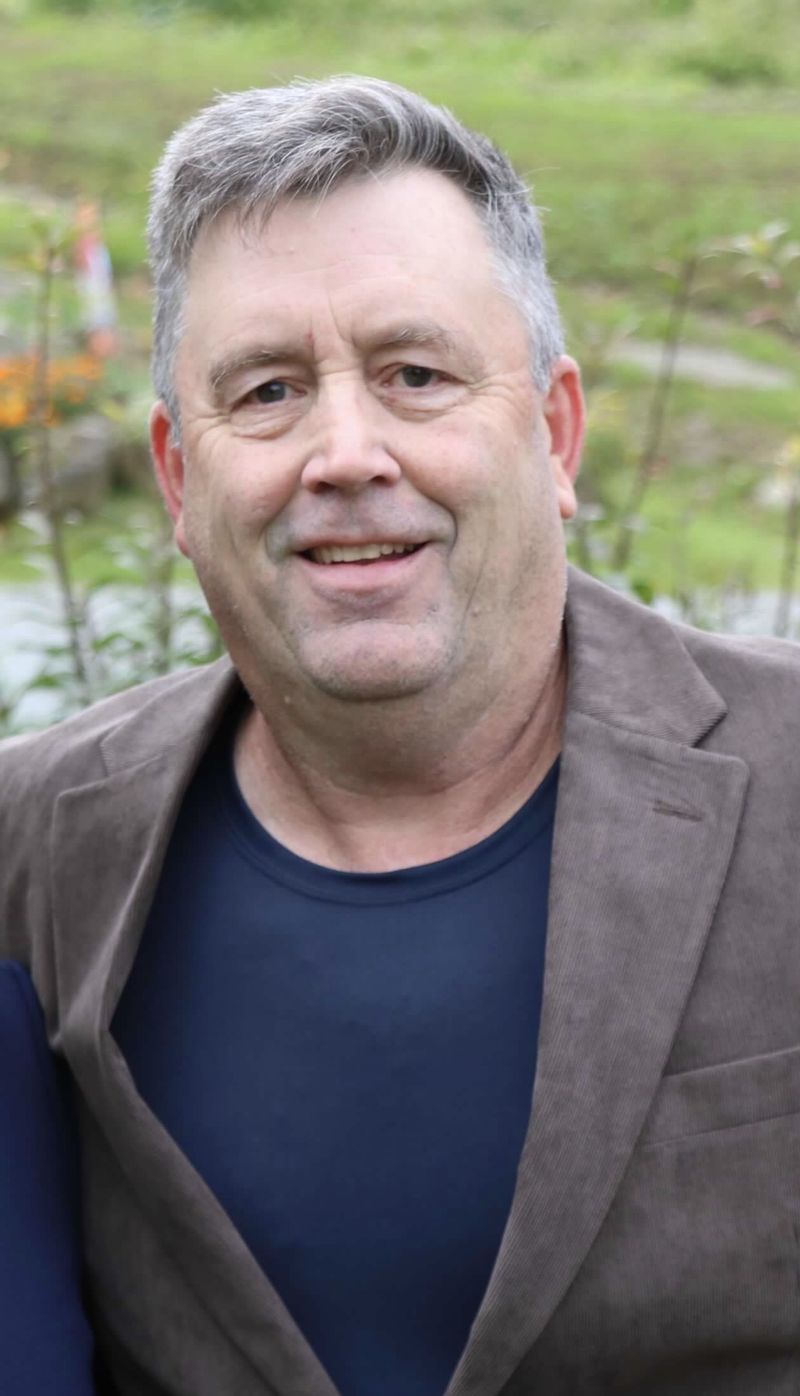 Randy Alan Forney, 63, of Avella, passed away unexpectedly in his sleep of natural causes on Monday morning, January 25, 2021 in his home.
His beloved wife, Janet Nunez Forney, who he met on a blind date and immediately fell in love with and married on April 27, 1985 in the Hickory Presbyterian Church, survives.
He was born on May 5, 1957 in Washington the son of James A. and Delilah Mae Miller Forney of Washington.
A 1975 graduate of the Avella High School, he worked as the master carpenter of Forney Construction, LLC., his business he founded with his wife.
In his younger years he took several mission trips to Haiti and Guatemala with his father to give aid and help after natural disasters and lived his life always going out of his way to help anyone in need.
It is impossible to capture all of Randy's accomplishments and deeds in words; whatever he did, he did big. From his master carpentry skills, flower and vegetable gardening which he delivered to countless friends and family, and his Peanut Butter Glass collection that became a family pastime, everything he did with near perfection. And the many he loved, he loved big.
Randy loved to be in his garden making sure the vegetables were in neat rows. He loved to drive around his farm on his John Deere Tractor looking at his flowers or taking his grandkids for a ride. He loved to feed the birds in the winter. The love for his land runs deep is his heart.
He was blessed with his two children Alycia Dorsey and husband Justin of Avella and Marshall Forney of Avella; and was a devoted and amazing grandfather to his twin grandchildren Brylin and Jaxton Dorsey who he cherished every moment spoiling. He is also survived by sister-in-law's Patricia Lese and husband Martin of Burgettstown and Audrey Kuzyck and husband Jim of Bethel Park. His lifelong and devoted friends that are family, Bruce and Tirney Kidd daughter Brianna; Marsha and Jeff Pleta and the entire Insana Family. Randy was also the caring brother of Sandy Bruce and her husband Don of Avella and Connie Courson and husband Al of Cranberry Twp. He is survived by his nieces and nephews Alison Kuzyck, Rachel Vandergraft and husband Dave, Joel Halmi and wife Michelle, Amanda Wild and husband Alan, Kaleb Trudeau and wife Rachael, Jacob Trudeau, Mark Lese and Matthew Lese and wife Kristen. Additionally, all his beloved customers that were friends that became family.
He was preceded in death by his father and mother-in law Marshall Charles and Helen Mozina Nunez;grandparents Ila and Curlis Forney; a sister Cynthia Lee Forney who died in infancy; and his niece Ashley Kay Bruce.

**********Due to Covid-19 concerns, the visitation for Randy Forney on Friday and the services at the Hickory U.E.P. Church on Saturday, January 30, 2021 are postponed out of an abundance of caution for the community and visitors planning to attend. Services are tentatively being planned for Saturday February 13, 2021 and will be announced in a later edition by the Lee & Martin Funeral Home. www.leeandmartinfuneral.com.**********


Those wishing to remember Randy Forney in a special way can make a memorial donation in his memory and to honor the late Joyce D. Ellis, to the LeMoyne Community Center, 200 N. Forrest Avenue, Washington, PA 15301 www.lemoynecommunitycenter.org
To order memorial trees or send flowers to the family in memory of Randy Forney, please visit our flower store.