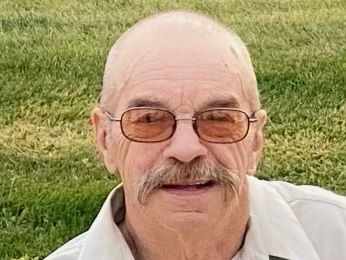 Randolph Paul Ryan, 72, of Burgettstown, Hanover Township, passed away peacefully after a brief illness Tuesday, January 4, 2022, at Weirton Medical Center, surrounded by his loving family.
Randy was born January 6, 1949, a son of the late Ralph and Joan Ryan.
After graduating from Union High School in Burgettstown, Randy joined the U.S. Army, serving honorably in the Vietnam War. Upon returning home from service, he spent the majority of his career at Langeloth Metallugical Co. After which he retired.
Randy was an active and faithful member of Open Door Baptist Church, Colliers, W.Va., where he was head Deacon and right-hand-man to "Preacher Man", Larry Garrison.
Randy enjoyed spending time with his family and was a dedicated caregiver to anyone in need.
Surviving, are two sons, Nolan Ryan and wife Rebecca of New Cumberland, WV and Eric Ryan and wife Christina of Eldersville, grandson Austin Ryan, grand daughter Meghan Sparks, mother in law, Carmelita Yukevich, sisters-in-law in law, Rinda Riggs and Deb Keith, and several nieces, nephews, grandnieces and grandnephews.
Deceased, in addition to his parents, is his beloved wife Dorcia Ryan who passed away on March 26, 2018 and brothers, Kenneth and Mark Ryan.
A memorial service celebrating Randy's life will be held at 6:00 p.m. on Wednesday January 12, 2022 at Open Door Baptist Church, 3432 Eldesville Road, Colliers, WV 26035 with Pastor Larry Garrison officiating. If so desired, memorial donations may be made in his memory to Open Door Baptist Church. 3432 Eldersville Road, Colliers, WV 26035.
Arrangements are under the direction of Lee and Martin Funeral Home, 73 Highland Avenue, Burgettstown, PA 15021.
To order memorial trees or send flowers to the family in memory of Randolph Paul Ryan, please visit our flower store.