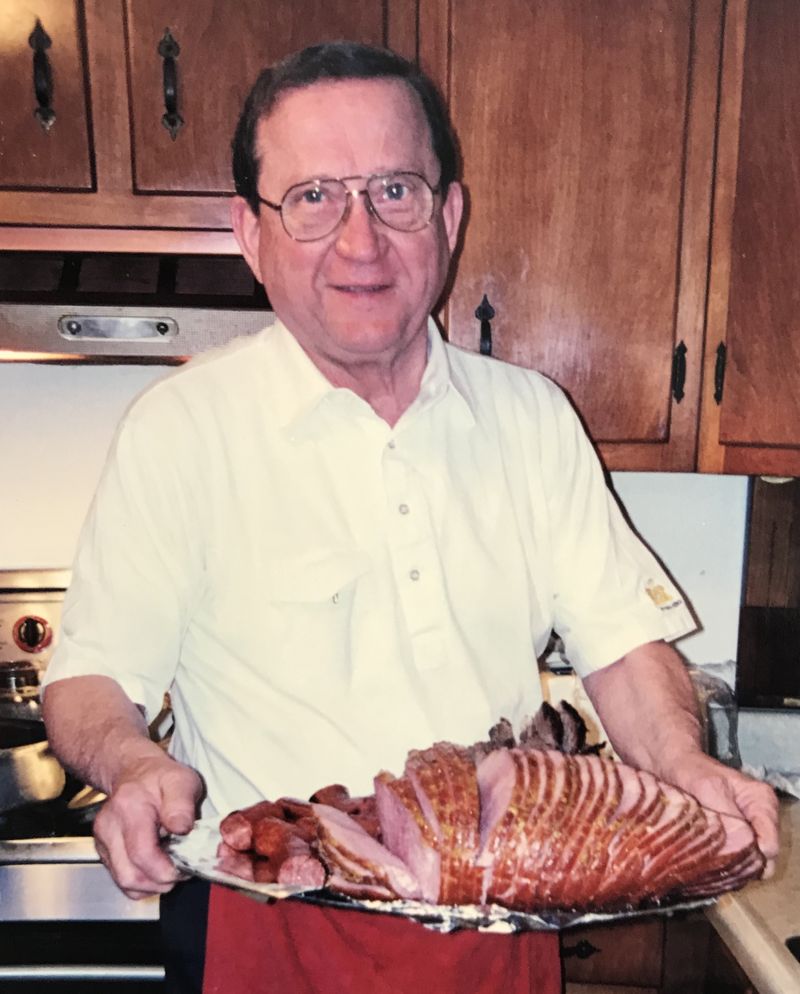 Louis Charles Dugas, 88, a lifelong resident of Slovan, passed away peacefully on Tuesday morning, February 2, 2021 in his home.
He was born on August 24, 1932 in Slovan a son of the late Stephen and Mary Hvizdos Dugas.
A graduate of the Union High School in Burgettstown, he served in the United States Air Force in Morocco during the Korean Conflict.
Mr. Dugas was the owner of Panhandle Distributing Co. in Slovan which his father founded and is now in its third generation and owned by his son.
He was an lifelong and active parishioner of Our Lady of Lourdes Roman Catholic Church where he served on the Parish Council, Cemetery Committee and as an usher. He was also a member of the Slovan Volunteer Fire Department for over 50 years, serving as treasurer for 35 years, past Grand Knight of the Knights of Columbus Council 3440 in Burgettstown and the Bishop Hugh Boyle 4th Degree Assembly, Canonsburg, the Raccoon Valley Sportsman's Club, Slovan V.F.W., Polish Club and the former Slovak Citizens Club.
His wife, Louise Graff Dugas who he married on June 19, 1965 in St. Columbkille R.C. Church in Imperial survives.
Surviving in addition to his wife are his four children Marla Pendeville and husband Mark of Burgettstown, Louis Stephen Dugas and wife April of Atlasburg, Paul Dugas of Burgettstown and Julia Dugas of Cross Creek; two grandchildren Ryan Pendeville and wife Shania and Elizabeth Pendeville;sisters Theresa Dugas of Burgettstown, Martha Resnik of Burgettstown, Frances Gilbert and husband Tom of AZ; brothers Steve Dugas and wife Valeria of Slovan and Martin Dugas and wife Joyce of AZ; and numerous nieces and nephews.
Deceased in addition to his parents are his brothers George, Albert, who died serving in WW II, Ed, William and Anthony Dugas; sisters Mary Beharry, Elizabeth Dugas, who died in childhood, Pauline Michalski and Bernie Watson; and a granddaughter Gabrielle Bruno.
Family and friends will be received from 3:00-8:00 pm on Friday February 5 in the Lee & Martin Funeral Home, 73 Highland Avenue, Burgettstown, PA 15021. The Slovan V.F.D. will hold a fireman's service at 6:00 p.m. on Friday evening at the funeral home.
A Mass of Christian Burial will be celebrated by the Rev. Zachary Galiyas at 12:00 noon on Saturday February 6, 2021 in Our Lady of Lourdes Church of St. Isidore the Farmer Parish, 1109 Main Street, Burgettstown. Interment will follow in the church cemetery.
Those wishing to remember Mr. Dugas in a special way can make a memorial donation in his memory to the Slovan Volunteer Fire Department, PO Box 429, Burgettstown PA 15021.
To order memorial trees or send flowers to the family in memory of Louis Dugas, please visit our flower store.