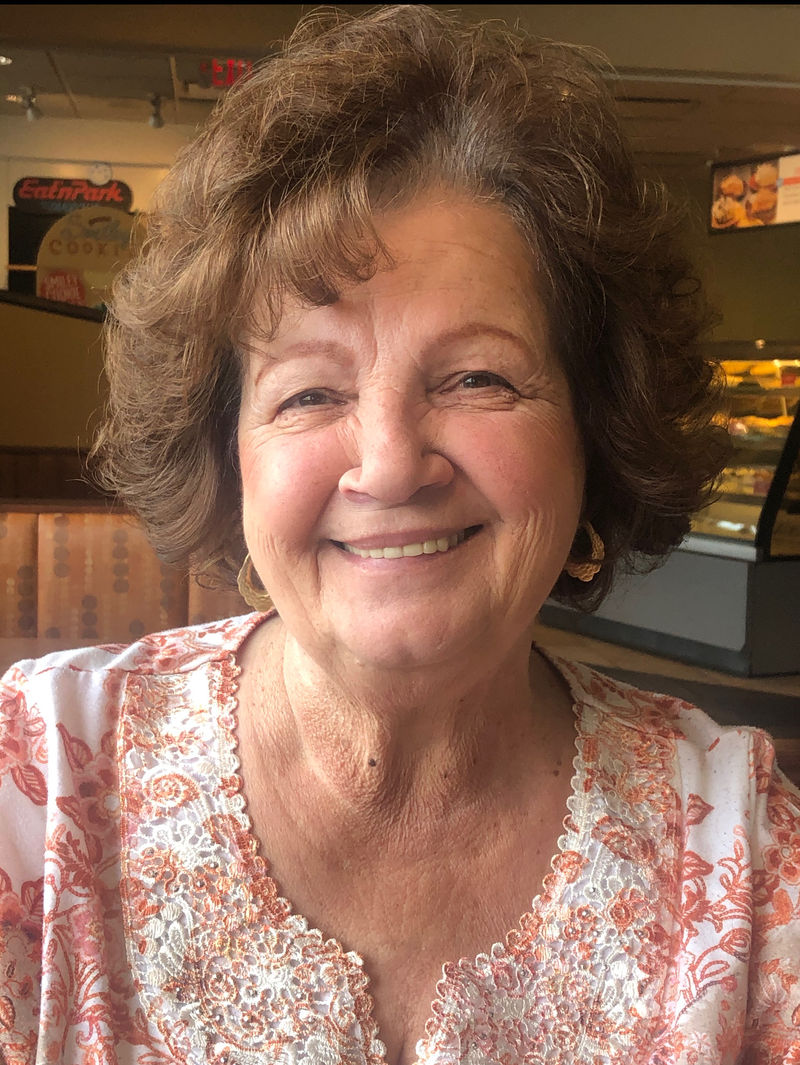 Josephine Baron, 70, of Burgettstown, was reunited with her beloved husband on Friday July 16, 2021 in her home.
She was born on February 13, 1951 a daughter of the late Leman Leroy and Josephine DiBacco Angelo.
A 1969 graduate of the Union High School in Burgettstown, she was a nanny and caregiver after raising her own family. She was the lifelong loving nanny to Vincent Rullo and the late Antonio Rullo. She enjoyed puzzle books, watching the Game Show Network, her cats and cooking for and spending time with her family.
Her husband Richard Baron who she married on July 2, 1976 passed away on February 20, 2012.
She is survived by her two daughters Michelle Spirnock (James)of Neville Island and Vicki Smith (Wayne Johnson) of Rockville, MD; her son and caregiver Joseph Baron of Burgettstown; stepchildren Richard Baron (Lori) of Florida and Lisa Tidwell (Mark)of Georgia; seven grandchildren John Cody, Timothy, Corrine, Nicholas, Mia, Courtney and Trish; five great grandchildren; sisters Ann Orison (the late Hughie) of Burgettstown and Agnes Grubb (the late Warren) of Burgettstown; two brothers Medie Angelo (the late Marsha) of Carnegie and Lenny Angelo (the late Michelle) of Weirton; and several loving nieces and nephews.
Deceased in addition to her parents and husband is her brother Leman Leroy Angelo, Jr. and her sister Cindy L. Boulanger.
Friends will be received from 4:00-8:00 p.m. on Monday July 19 in the Lee & Martin Funeral Home, 73 Highland Avenue, Burgettstown, PA 15021 where services will be held at 11:00 a.m. on Tuesday July 20, 2021 with her stepson Richard Baron officiating. Interment with prayers offered by Bishop Ken Wade will follow in the Coraopolis Cemetery.
Those wishing to remember Josephine in a special way can make a memorial donation in her memory to the Washington County Animal Shelter, PO Box 66, Eighty Four, PA 15330.
www.leeandmartinfuneral.com
To order memorial trees or send flowers to the family in memory of Josephine Baron, please visit our flower store.