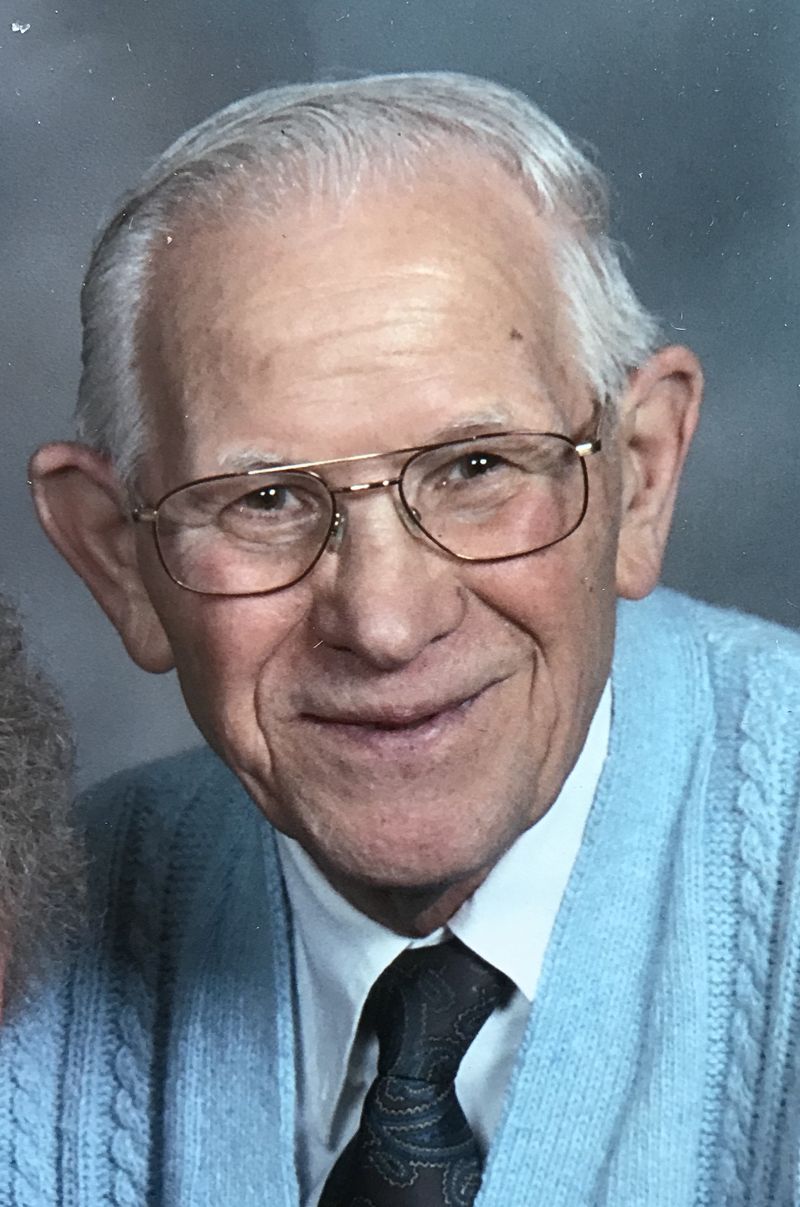 Joseph (Joe) Rozmus, 92, of Burgettstown, passed away quietly and peacefully on Monday night November 30, 2020 surrounded by his family.
He was born in Slovan, PA to Matthew and Frances Bonk Rozmus on January 23rd 1928. Joe was a 1946 graduate of Union High School. He married his wife, Ina Foulk, on September 18, 1954.

A decorated war veteran, he courageously served with the US Army, Armored Division, in the Korean Conflict. He spent his career (40 years) as a steelworker for J&L Steel/LTV Steel in Aliquippa, PA. He was a member of the United Steelworkers and the Slovan V.F.W.

Joe was a life-long member of Burgettstown Presbyterian Church, faithfully serving his church for over 50 years as an Elder. His daily commitment to Christ was reflected in every fiber of his character.

A lifelong handyman, Joe enjoyed tinkering around in his garage, woodworking, camping and tending to his garden. He especially loved spending time with his wife Ina, his two sons, and his two grandsons. Joe was a most gentle, kind, and steadfast man who faithfully and fearlessly offered himself to his family, friends and community.

Surviving are his son Matthew Rozmus of Burgettstown; grandsons Zackery and Jacob Rozmus; his brother Stanley Rozmus of Atlasburg; a sister Helen Cherok of Cross Creek; and several nieces and nephews.

Friends will be received from 4:00 to 8:00 p.m. on Friday, December 4, 2020 in the Lee & Martin Funeral Home, 73 Highland Avenue, Burgettstown, PA 15021. While visiting the funeral home, everyone is required to wear a mask and practice social distancing.

Services officiated by the Rev. Cinda Isler and interment with military honors in the Grandview Cemetery will be held privately for his immediate family.

Those wishing to remember Mr. Rozmus in a special way can make a memorial donation in his memory to the Burgettstown Community Library, 2 Kerr Street, Burgettstown, PA 15021.
To order memorial trees or send flowers to the family in memory of Joseph Rozmus, please visit our flower store.