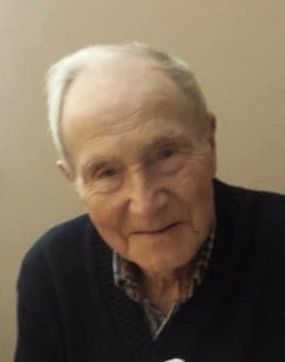 Howard C. Burd, Jr, 89, of Eldersville, PA, passed peacefully into heaven at home on February 12, 2022, just six days shy of his 90th birthday. Devoted husband, loving father, grandfather and great-grandfather, loyal friend – Howard's life was the life of a genuine, sincere and self-made man. His success required tremendous drive, talent and hard work. He changed the lives of those around him with kindness and humor.
Born February 18, 1932 in Murdocksville, Pennsylvania to Howard and Hazel Pierpoint Burd as the youngest of their five children, which included three sisters, Dora (Archie) Haigh, Carrie (Frank) Cupps, and Evelyn "Evie" (Frank) Haas and one brother, Marshall (Marie) Burd all preceding him in death.
Howard deeply mourned the passing of his beloved, Delores (Dee) Mae Kuhn Burd on January 26, 2020. His marriage was the defining relationship in his life – Dee was his helpmate, soulmate and wife of nearly 62 years whom he married on May 2, 1958. He often said she was the 'greatest gift God ever gave him'. Their unwavering love and adoration for each other was the strength of the Burd family and an example to those around them. He loved to brag that Dee called him her "stud muffin" and she was his "wild thing – that made his heart sing"! It was obvious to all their authentic love would transcend thisexistence.
Howard is survived by three children, Barbara Warzynski, of Weirton, WV; Kathy (Anthony) Mattioli of Austin Lake, Ohio and Mark (Nancy) Burd of Burgettstown, PA. Grandchildren, Laura Burd Trifonoff, Adam Jeskey, Erin (Matthew) Grady, and Marko Burd. Great-granddaughter, Finley Mae Trifonoff, and special grandson, Jimmy Trifonoff.
Howard's paternal relationship extended to beloved nieces, nephews and friends, many of whom now share stories of love, admiration and fond memories regarding his impact on their lives.
Howard graduated from Union High School in the Class of 1951 and soon thereafter enlisted in the Unites States Navy. He served aboard the U.S.S. Mount Olympus and the U.S.S. Taconic as the Assistant to Rear Admiral H.P. Smith. He then served as a personal attachés to Rear Admiral Frank Howard Sadler in Naval Intelligence. After his military service, Howard attended Robert Morris College and studied Accounting - the first in his family to go to college.
He was employed by J & L Steel, Weirton (National) Steel and the Kroger Company. Together with Dee, they operated a successful convenient store in Weirton and a direct marketing business, Burd Enterprises. He retired from Weirton Steel in 1992 but continued working for Washington County Department of Aging and later with Aviation Safeguard at the Pittsburgh Airport, retiring again at the age of 80.
An American patriot his entire life, Howard's commitment to make a difference included civic leadership positions, as well as friendly discussion with close friends and neighbors. He served as a Jefferson Township Trustee and Supervisor in Eldersville, PA for many years. A devout Christian, Howard always said the blessing before family meals and in his words "walked the walk – not just talk" life. Most recently, he loved listening to his favorite songs via "his" Alexa and evening rides with his daughters and dear friend, Chris. Checking out the Macugoski farm and counting deer were the constant measure of a successful trip.
The family would like to thank long time caregiver, Chalon Huggins Howe, for her tremendous devotion and extraordinary care to both parents over the past several years. In addition, they offer overwhelming gratitude to Chris Fanase, dear friend and caregiver, who created and shared crazy adventures and checker competitions with Howard.
Friends will be received from 5 to 8 p.m. Thursday, February 17th, in the Lee & Martin Funeral Home, 73 Highland Avenue, Burgettstown, where services and military honors will be held at 11 a.m. Friday, February 18th. Interment in National Cemetery of the Alleghenies, Bridgeville, PA will be held privately.
To order memorial trees or send flowers to the family in memory of Howard C. Burd, please visit our flower store.