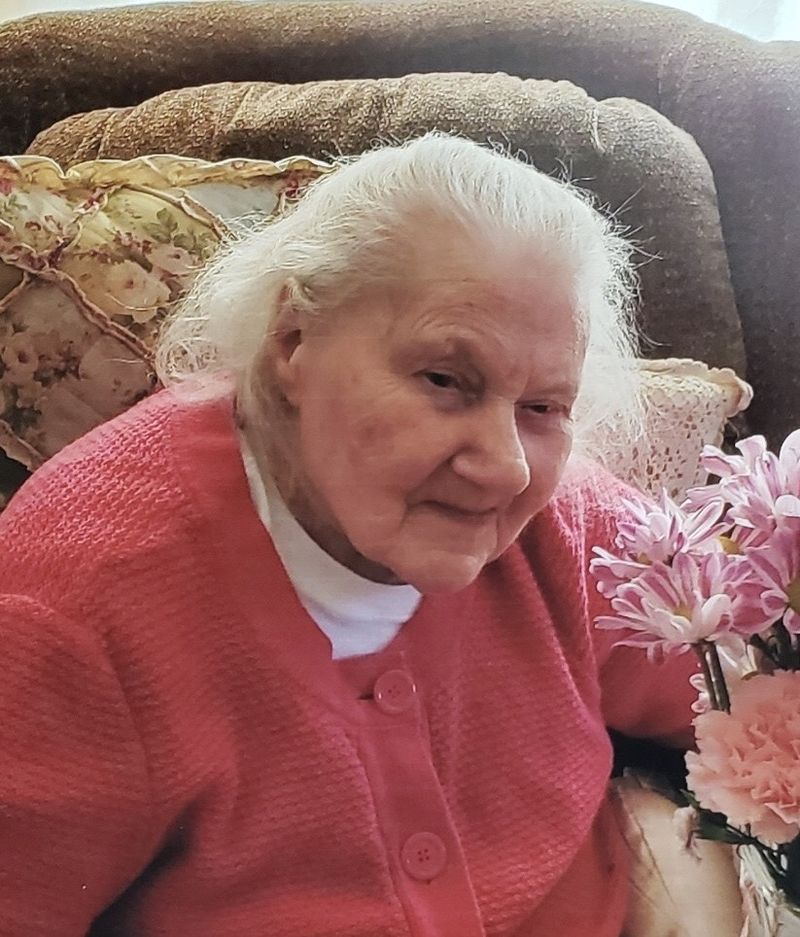 Gladys Ruth Stevens Speicher, 94, of Burgettstown, passed away on Tuesday evening January 18, 2022 in South Hills Rehabilitation and Wellness Center, Canonsburg.
She was born on February 22, 1927 a daughter of the late Redrick and Nellie Kyzar Joiner.
Mrs. Speicher enjoyed traveling,especially to Louisiana to visit family and spending time with her children and grandchildren.
She is survived by her seven children Louis Speicher, II of Burgettstown, Linda Monseau of Burgettstown, Barbara Jean McCoy and husband Jack of Nashville, TN, George Speicher and wife Susan of Paris, Denese McDougan and husband Kenny of West Middletown, Carl Speicher and wife Terri of Weirton, WV and Kimberly Shedlock of Burgettstown; 18 grandchildren, numerous great grandchildren and great great grandchildren; a sister Betty Catherine Pal and husband Charles of Robert, LA; and several nieces and nephews.
Deceased in addition to her parents are her husband Louis John Speicher, Sr. who passed away on May 22, 1989; her daughter Diane McCoy; a daughter-in-law Clara Speicher; and seven brothers and sisters; and her longtime companion John "Jack" Stevens.
Family and friends will be received from 12:00 p.m. until the time of service at 1:00 p.m. on Friday January 21, 2022 in the Lee & Martin Funeral Home, 73 Highland Avenue, Burgettstown, PA 15021. Private burial will follow the service in the Chestnut Ridge Cemetery, Paris.
To order memorial trees or send flowers to the family in memory of Gladys Stevens Speicher, please visit our flower store.