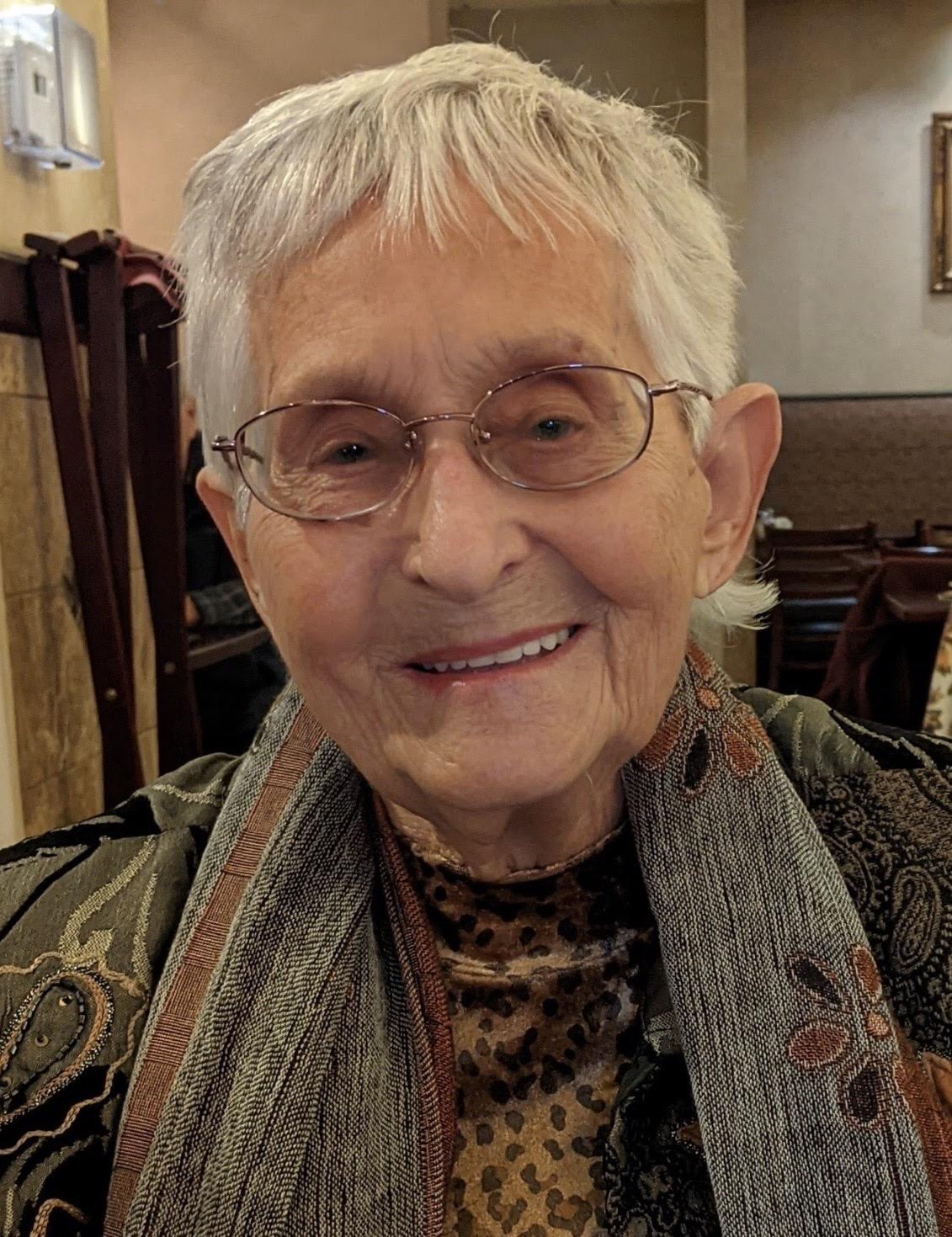 Elsie Mae Taucher Smith went to her heavenly home on Monday evening June 20, 2022 at the young age of 94 years.  She had lived at Burgettstown Senior Highrise Apartments for many years but had transitioned to the Southmont Presbyterian Home in Washington in March 2022. She was born on February 6, 1928 in Burgettstown a daughter of the late John Paul "Dena"  Taucher and Blanch Marie Pease Taucher.
A 1946 graduate of the Union HIgh School in Burgettstown, she also graduated from the Stenotype Institute of Pittsburgh in 1947.  While in High School she was employed by G.C Murphy Co. in Burgettstown on Friday evenings and Saturday in 1945-1946.  Following graduation she was first employed by the Justice of the Peace J.W. Whalen and was later employed in the offices of Irv Miller Construction, Kaizer Frazer Auto Dealership, Langeloth Steel, Gradison Bus, State Representative Jack Brunner, The Robinson Twp. Municipal Authority, Mobay Chemical Company and Miles Inc. which was later known as Bayer Corporation where she retired in April 1983 after 21 years of service.    She enjoyed reading and traveling and camping in her motorhome.  Later she enjoyed going on bus trips with Burgettstown Senior Center.
Elsie was a two time Breast Cancer Survivor.  For many years before she was diagnosed with breast cancer she sold Daffodils for the American Cancer Society and continued to sell them for many years after.  She was an avid supporter of the American Cancer Society for over 30 years and won many awards for her support.
For 58 years she was married to Norman Bernard Smith who passed away on April 29, 2019.
She is survived by her two daughters Denise "Dee"  Jean Smith Melnyk and husband Richard (Deceased) of Conway, SC and Michelle "Missy" Lynn Smith Santek and husband Martin of Eldersville; two Grandsons Martin Samuel Santek and wife Abbie of Las Vegas, NV;  Michael Jay Santek and wife Amanda of Glenshaw; Great Grandchildren Lily Mae Santek, Asher Michael Santek and Parker Canfield Santek; a brother Melvin Taucher and wife Jeanie of Columbia County, OH  and numerous Nephews and Nieces.
Deceased in addition to her parents are her brothers Donald Taucher (Anna May); Arthur Taucher (Irene), sisters Betty Tidball (J. Robert) and Roberta "Sis" Jean Slopek (Charles).
Family and friends will be received from 2:00-6:00 p.m. Sunday June 26, in the Lee & Martin Funeral Home, 73 Highland Avenue, Burgettstown, PA 15021 where services will be held at 11:00 a.m. on Monday June 27,2022 with the Rev. Toni Harrington officiating. Burial will follow in the Grandview Cemetery, Florence.
Those wishing to remember Else in a special way can make a memorial donation in her memory to the American Cancer Society.
To order memorial trees or send flowers to the family in memory of Elsie Taucher Smith, please visit our flower store.
Make a donation to American Cancer Society (National Home Office) in memory of Elsie Taucher Smith
​