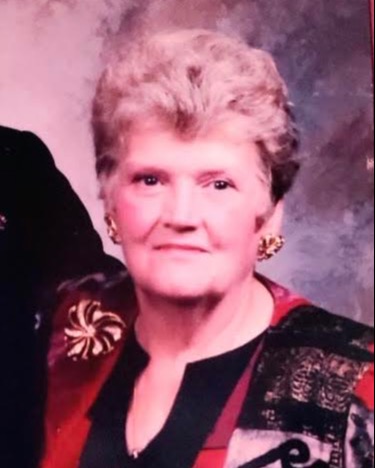 Elizabeth Louis Murdoch Scott, 87, of Burgettstown; Hanover Township,passed away on Friday August 26, 2022 in the Weirton Medical Center. She was born on December 21, 1934 the only child  of the late Charles M. and Margaret M. Springer Murdoch, Mrs. Scott was a caregiver for Life Management Consultants in Beaver Falls and volunteered in the South Side School and New Horizon. Her husband was a veteran of the US Navy serving on the USS Okanogan and she was very active with the USS Okanogan Organization calling all the crew members for the ships yearly reunion. Because of her dedication she became affectionately known as the “Okie-Nagger.” Her Husband, William J. Scott, Sr. who she married on March 16, 1951 passed away on April 10, 2012. She is survived by her three children William J.  Scott, Jr. and his wife Cindi of Georgetown, Carol A. Hughes and husband Jim of Hanover Township, and Sheila L. Andrews of Burgettstown; six grandchildren Heather Marie Hughes, Jay A. Hughes III , Darci L. Scott, Trey Scott, Amanda Dalessandri (Jeff)  and Eliza Dalessandri-McCartney; great grandchildren Samantha Jo and Charles A. Reed, Phoenix Hughes, Desmond Hughes, Essex Shore and Cady Carbough. Family and friends will be received from 1:00 p.m. until the time of services officiated by the Pastor Wilbur Olszewski at 2:00 p.m. on Saturday September 3, 2022 in the Lee & Martin Funeral Home, 73 Highland Avenue, Burgettstown, PA 15021. Inurnment will follow the service in the Grandview Cemetery, Florence. If so desired, memorial donations may be made in Mrs. Scott’s memory to Burgettstown Senior Citizens Association, 200 Senior Way, Burgettstown, PA 15021 and/or the USS Okanogan Organization, c/o Richard Keel, Treasurer, 40 Jeffrey Way, Fort Smith, AR 72903 www.ussokanogan.org
To order memorial trees or send flowers to the family in memory of Elizabeth Louis Scott, please visit our flower store.