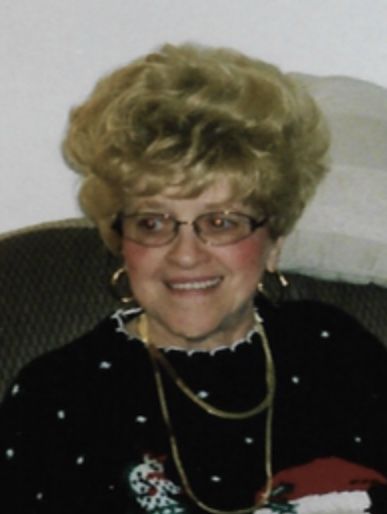 Catherine Palmer Bruce, 96, formerly of Burgettstown, passed away on Thursday April 1, 2021 in John J. Kane Regional Center, Scott Twp., where she had been a resident the past 3 years.
She was born on December 23, 1924 in Joffre the youngest child of Samuel and Rose Palmer.
Mrs. Bruce was a member of the Burgettstown Area Senior Citizens Center and enjoyed dancing, playing cards, shopping and her sweets.
Her husband, Joseph M. Bruce passed away on February 10, 1997.
Deceased in addition to her parents and husband is her son Wayne Bruce; two sisters Louise and Francis and a brother Sundo.
She is survived by a son Robert Bruce of Texas; grandchildren Kelly Day of Canonsburg, Scott Bruce of Peters Township, Troy "T.J." Bruce of Johnstown, Steven Bruce, Lindsay Bruce and Joshua Bruce all of Texas; and 13 Great Grandchildren.
Services and interment in Forest Lawn Gardens Cemetery, McMurray will be held privately for her immediate family.
Arrangements are under the direction of the Lee & Martin Funeral Home, Burgettstown.
To order memorial trees or send flowers to the family in memory of Catherine Bruce, please visit our flower store.