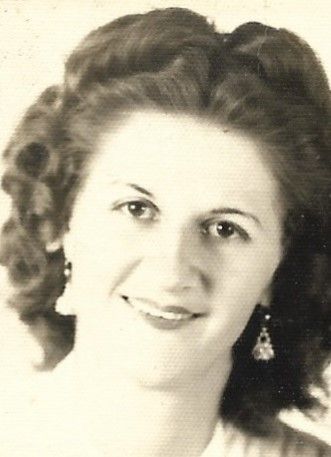 Anna Helen Pendracky Moore, 92, of Bulger, passed away on Tuesday afternoon, May 18, 2021 in Transitions Healthcare, Washington where she had been a resident the past 5 years after suffering complications from a stroke.
She was born on June 13, 1928 in Joffre a daughter of the late Albert and Julia Kissel Pendracky.
She attended Union High School in Burgettstown and graduated from the Pittsburgh Beauty Academy, and worked as a beautician for Helene Ballas and Darlene Reali in Weirton, WV.
On May 12, 1977 she married Joseph P. Moore who passed away on May 28, 2008.
Anna enjoyed spending weekends at Tionesta with her husband, camping and eating s'mores. Later in life she became an avid Bingo player and enjoyed visits with "Puppy-Dog" who always brought a smile to her face.
She is survived by her loving son Dr. Leon Pendracky and wife Kathy of Avella, along with several nieces and nephews.
Deceased in addition to her parents and husband are brothers Albert and John Pendracky and sister Victoria McKay.
To honor Mrs. Moore's wishes there will be no public visitation or services. She will be laid to rest with her parents in Our Lady of Lourdes Cemetery, Burgettstown.
Those wishing to remember Anna in a special way can make a memorial donation in her memory to the Burgettstown Senior Citizens, 200 Senior Way, Burgettstown, PA 15021 or the American Cancer Society, 320 Bilmar Drive, Pittsburgh, PA 15205 www.cancer.org.
Arrangements are under the direction of the Lee & Martin Funeral Home, 73 Highland Avenue, Burgettstown, PA 15021.
www.leeandmartinfuneral.com
To order memorial trees or send flowers to the family in memory of Anna Pendracky Moore, please visit our flower store.