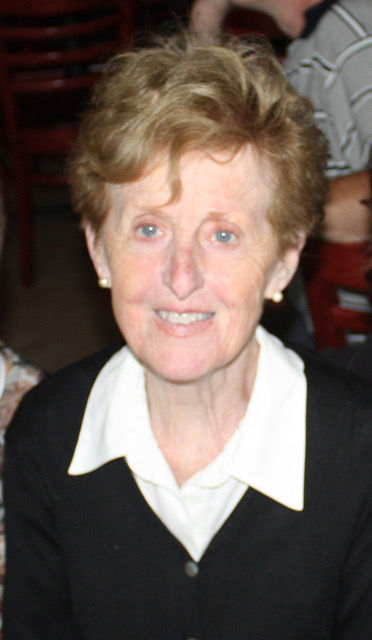 Alice Marie "ReRe" Brunner Carnali, 85, of Burgettstown, passed away peacefully on Wednesday morning January 13, 2021 at Country Meadows, Bridgeville, PA.
She was born on September 8, 1935 a daughter of the late John Jacob and Violet Riley Brunner.
A graduate of the Union High School in Burgettstown and she worked for Union National Bank, Pittsburgh, PA.
Re Re was a lifelong and faithful member of the Westminster Presbyterian Church, now the Burgettstown Presbyterian Church.
Re Re enjoyed vacations to Geneva on the Lake and Myrtle Beach, SC. She traveled the world with her friends and devoted much of her time to her family and community. Re Re and Johnny lived life to the fullest, their love for each other, music and dancing always lit up the room. After losing Johnny, Re Re kept on dancing and brought much joy to everyone she met and those that cared for her.
She is preceded in death by her husband John P. Carnali who she married on January 2, 1965, along with her brothers, William "Giz" Brunner, John L. "Jackie" Brunner and Dickie Brunner who died at a young age; two sisters Geraldine "Duddie" Darras and Virginia Ann "Dinny Ann" Robertson.
She is survived by her three devoted children Bruce Carnali (Karen), Susan Crofford and Mary Beth Assaf (Michael). Six grandchildren, Brent & Kaci Carnali, Evan & Erica Crofford, Anthony Bovalina, Alexander & Andrew Assaf and her great grandson Camden Jon Crofford.
Friends will be received from 12:00PM to 4:00 PM on Sunday January 17, 2021 in the Lee & Martin Funeral Home, 73 Highland Avenue, Burgettstown, PA 15021 where services will be held at 10:00 AM on Monday January 18, with the Rev. Cinda Isler, Pastor of the Burgettstown Presbyterian Church officiating. She will be laid to rest beside her husband in Chapel Hill Cemetery, Weirton, WV.
Everyone visiting the funeral home and attending the services are required to wear face coverings and practice social distancing for the safety of the family, staff, clergy and themselves.
In lieu of flowers, those wishing to remember Alice in a special way can make a memorial donation in her memory to the Burgettstown Presbyterian Church, 1325 Main Street, Burgettstown, PA 15021 or the Alzheimers Association, 225 N. Michigan Avenue, Fl. 17, Chicago, IL 60601 www.alz.org
To order memorial trees or send flowers to the family in memory of Alice "Re-Re" Carnali, please visit our flower store.